How CIOs and CEOs Navigate The Hype And The Hope Of Citizen Development, Part 2

The answer to talent gaps, backlogs and shadow IT is Citizen Development. It’s not a fad, it’s a movement, and one you must lead and shape to resolve challenges you still face and will face more of in years ahead.

The difference between a fad and a movement is that of infatuation vs. devotion. One is a short-lived passion; the other a deeply felt and hard fought love.

Have you ever been caught up in an in-fad-uation?

Hype. Hyperbole. It’s the quick flame of a false promise of an easy solution. Overblown. Underwhelming. Choose your adjectives.

By now in your career, you have matured and sharpened your ability to sift through the enthusiasms of the industry. Fads no longer distract you.

But a movement. That’s different. Movements change the world, let alone industries. Movements are disruptors, not by a rapid rise or sudden change necessarily, but by slow, methodical growth and development that sits in the conviction of expanding masses.

We are in the midst of a movement, one old enough to have taught us what to avoid, and one young enough to still be shaped by you. It’s called Citizen Development.

Last week, I wrote, “I am seeing fellow CIOs continue to run up against three major issues:

In other words, you are continually strategizing around people, process and technology.”

In that article, I introduced how the growing Low-Code, No-Code industry serves as a platform for Citizen Developers, non-IT employees who are able to develop software to create business applications.

The intent of citizen development is to resolve backlog by automating tasks, alleviate IT delay and bridge the lack of understanding of business challenges facing users and users misunderstanding what is technically possible.

In other words, to solve the headaches of the past several years and to solve in advance the challenges of upcoming years.

Citizen Development isn’t new. That’s good news. It’s been around long enough for criticisms and concerns to be placed on it. It’s been seasoned enough to learn from.

Two categories of concern about Citizen Development typically arise in my conversations with CIOs: sustainability and scalability.

When it comes to sustainability, citizen developers aren’t trained in:

In scalability, citizen developers have been guilty of using the same tool to solve every problem, and failing to understand the evolution of the application they design. Particularly, once a citizen developer puts an app into play, and it is successful, and others begin to use it, demands increase for changes to it. And that’s where IT has to step in.

As one of my CIO friends said, LCNC allows people to code badly.

The Solution and Bigger Picture

Citizen Development is here to stay. It’s not a necessary evil; it is a key strategy CIOs and CEOs can leverage. And they must do it together, because there is a bigger picture to consider.

IT is no longer the kid in the corner. You are center-stage, coordinating and strategizing with lines of business. Multiplication of leaders and resources has always been a priority for effective, growing, and profitable companies. But multiplication has too often been left up to individual divisions: You have had to answer the question, “How will IT attract, develop and train more IT talent?”

But multiplication is no longer siloed. You must now answer the question, “How will IT multiply itself outside of IT?”

Sit with that for a moment.

Companies can no longer develop within disciplines alone; they must now develop outside of their disciplines. That is where Citizen Development is an answer for you.

You must lead Citizen Development. As some are coining it, shadow IT must become satellite IT.

In taking on the evolution of Citizen Development, CIOs are able to oversee levels of development:

In the end, the answer to the three-fold problem of people, process and technology is people. Solve the first and the second and third will follow.

Citizen Development is about people development. Forget the hype. People are still the hope. 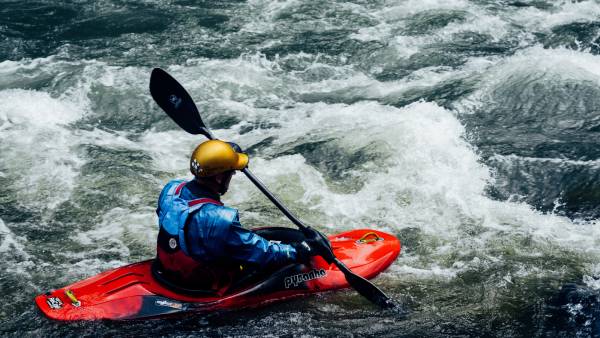