How CIOs And CEOs Navigate The Hype And Hope Of Citizen Development, Part 1

CIOs and CEOs need a cohesive strategy to counter the technology talent gap, backlog and shadow IT. Citizen Development is the framework that will get it done.

“I firmly believe that any man’s finest hour - his greatest fulfillment to all he holds dear - is that moment when he has worked his heart out in a good cause and lies exhausted on the field of battle -victorious.”

I care deeply about CIOs and technology leaders. I am invested in them. I pivoted my career track from being one to serving as many as possible. I hope I am serving you in a meaningful way.

You are working your heart out for a great cause. We would all be in trouble without you.

In my work with CIOs, many lie exhausted on the field of battle, though not yet victorious. Average tenure of CIOs is still under five years, and worse in medical sectors.

But many keep going. Many rise and continue to run the plays. Like you.

The opponents you face seem to multiply more than Agent Smiths in a Matrix movie. Specifically, I am seeing fellow CIOs continue to run up against three major issues:

In other words, you are continually strategizing around people, process and technology. And you must. The problems caused by these issues are company wide, affecting operations, retention, reporting, revenue generation, security and more.

Almost 9 of 10 CIOs state that the biggest challenge to digital transformation is too few developers.

Labor of Industries reports a shortage of 1.2 million developers each year, with 545 thousand leaving the market on top of that.

Shadow IT, IT projects managed outside of and unknown to IT, continue to raise more problems than Medusa had snakes. Eventually, problems encountered require IT intervention, security adjustments and access protocols.

This is not news to a CIO. It might be news to the CEO. But as I also work with CEOs, I can tell you that more are tuning in.

What is to be done?

A player has been sent into the huddle.

Low-code No-Code (LCNC) technology allows people that aren’t coders to assemble their own apps with a drag and drop process. The platform enables modern application development by shortening learning curves, providing users with technology stacks that IT doesn’t need to manage and maintain, and bridging the gap between user need of technology and developer understanding of the market.

It is expected that over the next two years, 75% of large enterprises will be using at least four low-code development tools for IT applications and Citizen Development initiatives.

Currently, LCNC is over a 10 billion-dollar industry.

In a sense, LCNC isn’t new. Jeff Cann, CIO of Encore Electric, pointed out to me that major technologies since the 1960s have had non-programmers and students as their intended audience: COBOL, BASIC, SQL, 4GL, LCDP, LCNC and NCDP to name some.

LCNC is used more by professionals than amateurs. But the landscape is changing.

And I’m concerned in it.

I’ve already seen a negative reaction to the pendulum swing of Citizen Development, and I want to stop the return swing before it goes too far. Citizen Development is not only here to stay, it is the leverage we need to counter the talent gap, backlog and shadow IT.

CIOs and CEOs need to strategize around it and structure for it. And that’s the topic of part 2.

For now, remember the words of Oliver Wendell Holmes,“The great thing in this world is not so much where we are but in what direction we are moving.”

If you want to know more about Citizen Development and what I am doing about it, schedule a time here 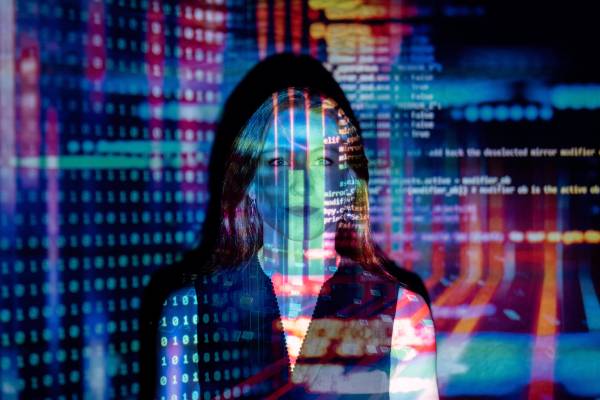