Why People Will Take Less Money To Work With You

Culture is critical in the battle for talent attraction and retention. But culture is too often misunderstood, and therefore, underplayed. Four elements define a winning culture.

I am looking at a beautiful lake in a small resort town. The water is clear. Boats dock to my left. In front of me, on the other edge of the lake, hills rise, green and inviting. Blue skies are their backdrop.

The sandy beach is filled with adults and children playing and sunning themselves; the attached park is filled with the sounds of volleyballs being struck and basketballs dribbled. It is a slice of paradise.

Not far from me, I walk into a snack shack. It is quaint, ice-cream and candy and sodas are offered at a reasonable price, and bags of chips are in easy reach.

It all reminds me of culture, or what is being passed off as culture in businesses today: Is your culture a snack shack or is it a slice of paradise?

The questions came up twice for me in recent days.

I recently posted a thread from Reddit where a person was seeking advice: leave her company for an opportunity that paid $20k more, or stay where she has been established and where she might receive a financial increase.

The comments, thoughtful for sure, mostly advised leaving.

Your people are facing similar questions. Do you want them to leave?

In a recent CIO Mastermind peer-advisory group, a member brought a similar issue to the table. Historically, his company offered less than what talent could find somewhere else. How do you attract talent in a war of wages?

A number of peers gave sage advice, as usual. Many of them also included the importance of highlighting culture.

But what do we mean by culture?

Snack-shack culture doesn’t play as well as it used to: free food, free drinks, gaming breaks, social hours. Two problems: first, all that is nice but it is only one expression of culture. Two, people work from home. Oops. For many companies, there goes culture.

The Only Culture That Really Matters

I hope the woman who posted in Reddit stays with her company (assuming her company possesses the following culture).

I know my friend who is seeking to win the war of wages is building the right culture. Our task now is to help him promote it well.

The culture that matters is focused on four essential qualities. Excel at these, and you will attract and retain talent with or without the Skittles (How do I know: because studies consistently show that people will take less pay in exchange for these).

A Learning Community And Rethinking Champion

The two must complement each other. Learning without rethinking is conformity. Rethinking without learning is merely broadening perspective.

One of the greatest fears of people on your team is the fear of reprisal. They will pay the price for speaking up. Learning and rethinking not only encourages speaking up, but it provides the positive structure and reinforcement to do so.

The woman on Reddit was hesitant to leave a company that had invested in her. That is noble. The problem is that she didn’t see how they are investing in her now, or where the investment was headed.

Investing in an employee so that they serve the company more efficiently is not an investment into the employee.

Employees want to know that you are tuned-in to them. In relationship counseling it is called attunement. It’s a critical dynamic overlooked in the workplace.

Employees want a culture of truthfulness. Obviously, they want to believe they can believe what they hear from you. But truthfulness is more than that.

Truthfulness invites challenge. It addresses the elephant in the room. It doesn’t avoid conflict. It explores emotional incidents instead of pretending they didn’t happen.

They key is to close a confrontation loop.

I don’t have space to discuss healthy confrontation. I will save that. But closing a confrontation loop involves the following:

Stress is real. But it’s like asking someone how they are and they respond with “Tired” and we think within ourselves, “Join the club.”

When someone says, “I’m under a lot of stress” we tend to think “Who isn’t”? Or maybe that’s just me.

Hey, what about diversity and inclusion? Isn’t that an essential element of culture?

I like my snacks. But I will take a slice of heaven over chips any day.

So I wade into the lake. What before I had looked at, now I have become a part of. 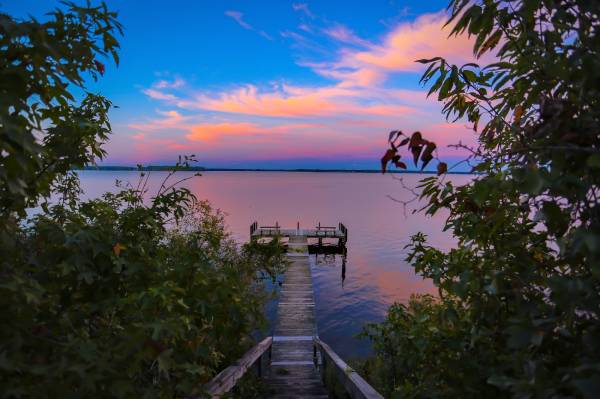