My mom passed away this week.

I grieve her loss deeply, and I appreciate her life greatly. She loved me well and I loved her richly.

Mom led well. Her life was far from easy, as we would expect; but her ability to design and drive the life she wanted exceeded expectations. In the end, she was surrounded by those she loved and in whom she made a world of difference.

I can only hope for the same to be said about me.

I had a great model, and models are what we need now more than ever.

I have written about women in leadership before. Some of the words that follow are repeated from previous writings, because the insights remain critical; some of the words below are new lessons learned from the women I’ve worked with and the women who are members of CIO Mastermind.

My hope is for two takeaways: For men to see the conversations about women in technology from a different perspective. For women to dial in on the key areas that are difference makers in their leadership.

The Need For Women In Technology Leadership

I had a friend who was a musical prodigy. Not having played the piano, I asked him what the black keys were for. I was expecting some sort of technical answer. Instead, he told me something I would never forget. “The black keys are what gives the piano its diversity.”

He then went on to explain about semitones or some such thing. I wasn’t listening. I was still hanging on to the word picture he had given me.

Tone has to do with tension and stretching.

I work out at the gym. Time under tension is a basic principle behind building muscle and developing tone.

Your group can be composed of a number of differences, but unless there is expression of strength and stretching, with time under tension, there really isn’t true diversity.

Our common perception of diversity is being in a crowd of differences and exercising acceptance. That’s not diversity, that’s a tourist destination or a food court.

Diversity is an exchange and display of strength. Many keys, many muscles, many people.

I used to teach a lot about unity in diversity. It happens not because we accept the differences, but because we draw out the strengths.

Which brings us to women in the workplace, and specifically, women as leaders in technology.

I have a different perspective than most of my peers who write about the need for women in technology. You tend to get a couple of major views:

We need women as technology leaders because of where they have come from and what they have risen from, the substance of tone: who and what stretched you, what is the tension that has formed you.

One is about culture, the other is about resilience.

We need women as technology leaders because of how they have been shaped and because of what they have overcome.

I’m not that old, but in my generation women in the United States have had to undo deep-rooted gender inequality, perpetuated male dominance, double standards, social constructions of gender ordering, economic dependence, predominant child care responsibility, and sexual objectification and violence. And a whole lot more.

Who doesn’t want that kind of strength on the team?

The Needs Of Women As Technology Leaders

As a woman leading in technology, you will prosper by focusing on four areas of development. Those four areas lend themselves to four easy mistakes to avoid, and four essential skills to exercise.

When we are born, we are all given a dash: It’s that line that appears between the year we were born and the year we die. The line is everything.

And if you are a woman in technology, I very much hope that your own dash crosses mine, and that it represents your unique contribution to the world-changing revolution of technology. 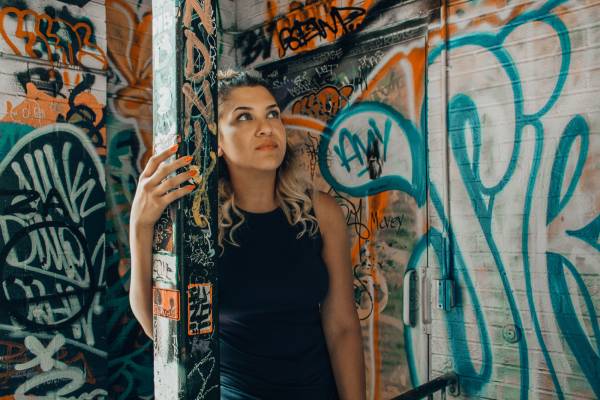