When Process And Technology Are Not Enough: An Interview With CIO Of The Year Nominee Jeff Cann

An effective CIO shows us ways to invest in ourselves and dig deep the well of our identity, capacity and destiny.

If you know me, you know I care about you. I engage with technology leaders every day. Many of them are masters of process and technology. And many of them have realized that is not enough, not today, not for the demands laid upon the CIO. More is called for, but what is the more?

I have an idea about that.

The best advice I received as a young leader was from a mentor who said, “Dig deep your own well.” In other words: Grow. Expand. Don’t stop.

The depth of the well is in proportion to a leader’s knowledge of their identity, capacity and destiny. They know who they are, what they must be capable of, and what will result from faithfulness to their own process.

Failure to operate in any of these results in misalignment, lack of integrity and frustration. Lead from all of these, and you live from wholeness, effectiveness and influence.

A CIO’s mastery of process and technology will not lead them anywhere near where a CIO’s knowledge of their identity, capacity and destiny will.

How do you dig deep your own well?

To answer that, I went to a leader who models identity, capacity and destiny. I hold in highest regard Jeff Cann, CIO of Encore Electric in Denver. Jeff is a 2022 nominee for CIO Of The Year as recognized by the Orbie Awards.

The ORBIE signifies exceptional leadership, innovation and vision, representing characteristics and qualities that inspire others to achieve their potential.

I have seen Jeff in action for the last four years, and he deserves the nomination.

Jeff received a phenomenal feedback score of 6.3 out of 7 on his presentation. Some of the comments included:

I asked Jeff to sit down with me and to talk about his journey, his observations on CIOs and technology leaders today, and what he knows will set his peers apart as effective leaders.

His answers provide three solutions for how we dig deep our own well.

Jeff earned his graduate degree in biophysics, but he found himself enthralled with the technology work within the lab. After working through the book What Color Is Your Parachute? Jeff realized he had a greater interest in technology than in biophysics.

That insight led him into software development, and eventually a role with Standard & Poors where he gained a better understanding of business and leadership. Over time, he became a Project Manager Professional. Later, he entered into a 10-month leadership program sponsored by SIM in which guest CIOs at the pinnacle of their career were invited to speak.

In those meetings, Jeff recognized his desire to become a CIO. He read over 30 books on management and leadership, and those books worked a significant change in him. In particular, The Marriott Way, with its emphasis on servant leadership, resonated with his longing of what leadership should really be.

Jeff worked in Operations and Infrastructure with McGraw Hill to mature his operations experience, and engaged himself as a consultant that helped expand his awareness of situational and contextual strategy.

Jeff also took classes on accounting and finance and engaged mentors with MBAs in order to better understand business.

The first things I learned from Jeff about digging my own well:

Jeff identified five common leadership gaps he observes today and that he himself has worked on:

Jeff said, “I’m not the IT guy with the silver bullet. I listen and ask great questions. I dive into a strategic problem so that I feel the weight of the problem. Only then can I represent the real need to my technology team.”

When I asked Jeff why these realities excite him, he said, “I want to free people from the mundane and routine in order to be creative.”

This is Jeff’s identity: A technology leader who serves people relationally and professionally to free them to be their most creative self. His capacity is technology, leadership, and people development. His destiny: Influence through character, competence and commitment to his calling.

Final lessons I learned about digging my well deep:

I could write articles about you. You have so much to offer. Your well is worthy of being dug deep. Learn over a lifetime. Bridge the gaps. Serve people well, now, even as you look ahead to what is next. 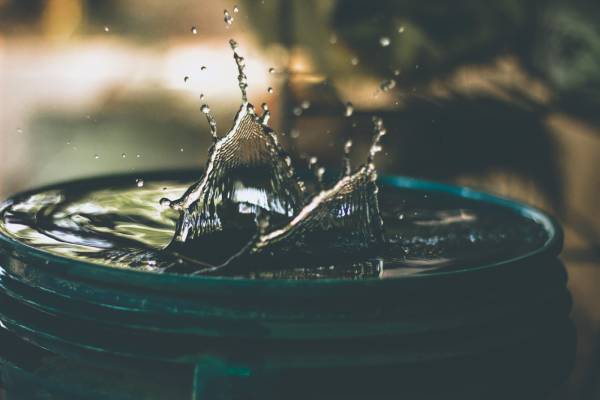