CEOs often look to be succeeded by someone like them. But the great CEOs have led their company to a place that requires different skills for a better future. And that will be found in the technologist.

If you are leading your company into a future reality for which you are not qualified, then you cannot be succeeded by a CEO who is like you.

There is nothing wrong with you. But leadership is more than influence. The meaning is built into the word: There is a ship, and it needs to get somewhere. Leaders guide people to destinations.

The ship is headed into an ocean most CEOs have never navigated, and that ocean is technology.

The top minds and talents are flooding into these areas. Right now, most companies are curious about these areas but they are not committed to revolutionizing with them.

As CEO, you are leading your ship to be a top technology company in the industry that you serve. You may not have started with that destination in mind, but it is the one before you.

You chart the map. And somewhere along the way, you need to turn over the helm to the leader who can actually get you there in the end.

In succession thinking, there are two sins: The sin of commission is to hold on too long in your role or to pass the baton on to too narrow of a qualification. The sin of omission is to fail to invest in the best leader possible for the company’s future (and it’s possible that best leader is right in front of you leading technology).

“We invest in strength not in lack of weakness.” Mark Vandreessen, Venture Capitalist

It’s easy to overlook your technologist in a succession plan when you are not looking for the strengths but for the lack of weakness. Technology leaders may be weak in areas of business, but they are all areas that they can be mentored in as well.

CEOs who want to get it right about succession will make two commitments:

The potential areas of development are too numerous, but there are three you could be working on now with your CIO or other tech leaders.

It is on you as the CEO to posture your CIO and others as strategic business leaders first. And there is a fair exchange: If you are leading your company into an ocean of technology (and you are whether you see it or not), and if the new promised land is a technology company, then technology has a few things it can teach about how technology-work gets accomplished (their people and process skills).

As CEO, you know that leadership transformation will be driven by three non-negotiable skills.

As CEO, identify now the technologist (inside or out of your company) who needs to be taken under your wing. Teach them how to measure. Teach them how to develop and direct and exercise accountability. Teach them everything you have learned about being a CEO so that they can become the CEO you never could be.

The most honored leader is the one who rose to the place where their student surpassed them. 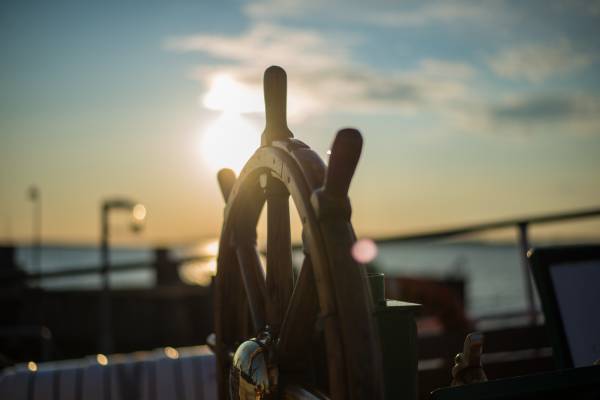