How CIO Leadership Becomes A Cut Above The Rest

The Cut-Above CIO is a leader who understands the differences each of his key leaders bring to him, and knows how to chart a course with them that is unique to their ambition.

If you said, “Prince Charles,” you are correct.

If you said, “Ozzy Osborne,” you are also correct.

In the words of Louis Grenier:

"Those two people can’t be more different…" One of them is the heir apparent of the British Throne…The other goes by the nickname of “Prince of Darkness” and rose to prominence as the lead singer of the heavy metal band Black Sabbath.

Dead bodies litter the trail of the out of touch leader.

In today’s competition to attract and retain talent, there is no more pressing characteristic of a leader than their ability to lead a team, and to lead them in paths that are healthy, developmental and ambitious.

Promotion is never an indicator of great leadership. Look at who we have elected in years past (that’s a fair critique of all parties).

Promotion is too often followed by a leader managing from a system and protecting their turf than it is pressing into the unique character of the situation before them and the individuals that will get it done.

In other words, average leaders see no difference between Prince Charles and the Prince of Darkness. Both would be led, developed and managed from the same mold. The princes would be expected to fit into that mold. The problem with princes is that they don’t care for molds.

Leaders that make the greatest impact are those who know how to work with Charles and Ozzy on the same team. And you are nodding your head with me because you have them both on your team. Rock on!

Average leaders guess. They assume that whatever is right in the moment is right for a person regardless of who they are. The latest and greatest development system will work, just implement it well - until it doesn’t work, no matter how well you manage it.

The CIO whose leadership is a cut-above the rest understands that each leader that they are responsible for is dealing with three realities in their work and life:

To leverage the most from your leaders, and to develop them to the full extent of their capacity, requires that the CIO is tuned into each key leader’s reality.

People dream, believe and desire. Desire creates space. That space must be filled. There is movement to fill the space. Each of your leaders seek to make progress - to get to a different place they believe is a better place - but why now. That is the question. Things happen to us; what happened that triggered movement. Super CIO leaders are aware of each leader’s space, the thing they are trying to fill, and they are aware of what is the catalyst behind the change.

We don’t always make progress, right? We have the desire, but there is blockage. What pains are preventing a leader from making gains? Fear of failure? Fear of missing out? Fear of conflict? Fear of job loss?

Longings are the flip-side of fear. If I fear failure, I long to succeed. If I fear missing out, I long to belong. If I fear conflict, I long for acceptance and affirmation. If I fear job loss, I desire security and being valued. Your leaders are seeking to reach something in their professional, emotional and personal life. Do you know what it is?

Being Present With Right-On Leadership

When X happens, I want to solve Y so that I can Z.

That is the formula going on in the internal world of your leaders, even if they don’t know how to frame it. As an example, “When I am frustrated with my peers, I want to solve my aggravation so that I reduce my stress and am seen as a team player.

Or another: “When budgets are cut, I want to increase productivity so that I prove I am an innovator.”

How about a third: “When we return to the office, I want to keep a connection with my family so that I don’t lose the presence I have had with them.”

You need a map and a journey.

Here is the map. Questions that help you tune in to where your leaders are at:

Here is the journey. Actions to take to help you align and partner in solutions:

In the end, the Cut-Above leader is the one who is on the journey with a leader, navigating the paths they encounter. Average leaders build a road and force others to travel on it. Try getting Prince Charles or The Prince of Darkness to do that. 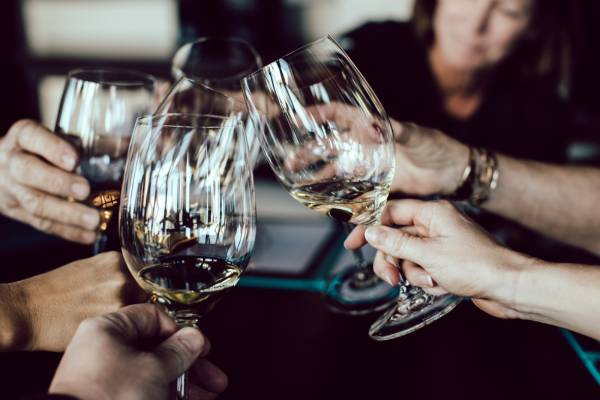 How CIOs Cut Through The Noise And Keep Their Best Employees

Retention narratives are loud and contradicting. Worse, retention efforts continue to fail. The ladder has been leaning against the wrong building. It's time to reset it.

CIOs aren’t usually trained in organizational psychology, but they live in its reality everyday. The dysfunction is real. If you think of it as a people problem, you have a bigger problem. Here is how to spot what really holds your team back and what to do about it.

When You Lead But Don't Feel Established Yet

It’s one thing to have earned a position. It’s another to feel established. Is your feeling grounded in reality? Discover the traits of those who are, and who are not yet, established.